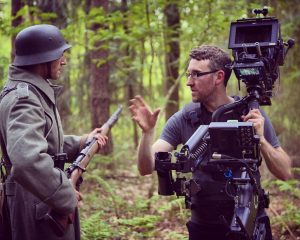 I have been unconsciously framing ever since I first picked up an old film camera in junior school, and moved into moving images when making sports videos with friends, then began to take more of an active interest in the art of operating after entering the film industry.

When I had the chance to dip my feet into the world of Steadicam a few years ago, the combination of dynamic camera movement that can flow with the action in a natural, intuitive way and the physicality of operating immediately fired my imagination. Along with the traditional modes of static, handheld and dolly operating,  each style brings its own challenges and unique feel to telling different stories, or even telling the same story differently!

I Am Vengeance: Retaliation